Yackandandah has a mystery. No, really. It’s the first thing you see when you drive into the petite Victorian town – there’s a big sign on the side of the road that says, “Yackandanda – unveil the mystery” that kinda gives it away. I confess, I was intrigued. 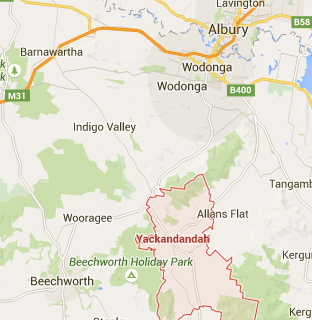 Yack, as the locals like to call it, sits in north-east of Victoria, 30 minutes from the Murray River and the nearest big town, Wodonga (where I started school, thanks for asking). Sitting in the heart of the most prolific and valuable gold fields in Victoria, Yack is often overshadowed by its more famous neighbours, Beechworth and Rutherglen.

Surrounded by pretty green hills and shadowed by the gorgeous Stanley State Forest, Yackandandah has endearingly retained its cosy village personality, despite the raging tourism nearby. 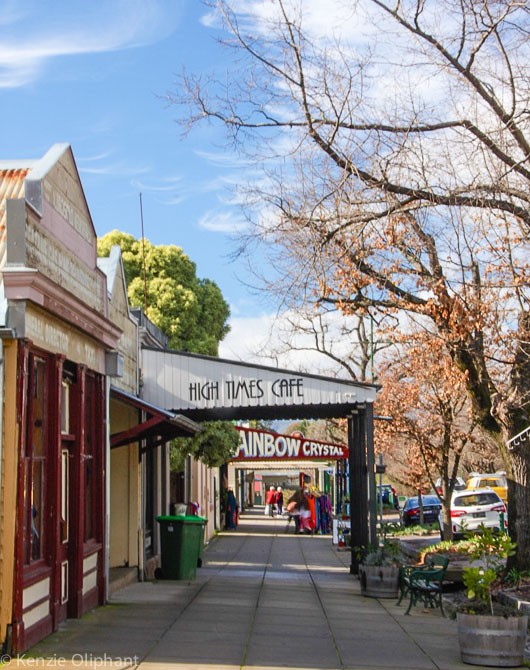 According to the literature provided in the charming Tourist Information Centre, there’s a total of 37 National Trust buildings in the main street of Yackandandah alone. Normally, in the middle of summer, this place would be heaving with coffee drinkers and families with (what always seem to be screaming) kids – but in the middle of winter, it’s calm, peaceful and utterly lovely.

The story of Yackandandah goes far back before the Gold Rush of the 1850s. The area was popular with local Aboriginal groups as a good source of food and shelter. When gold was discovered, the population of the town exploded to more than 3000, most of whom struck claims along the Yackandandah Creek. The prosperity that followed built the town you can see today. 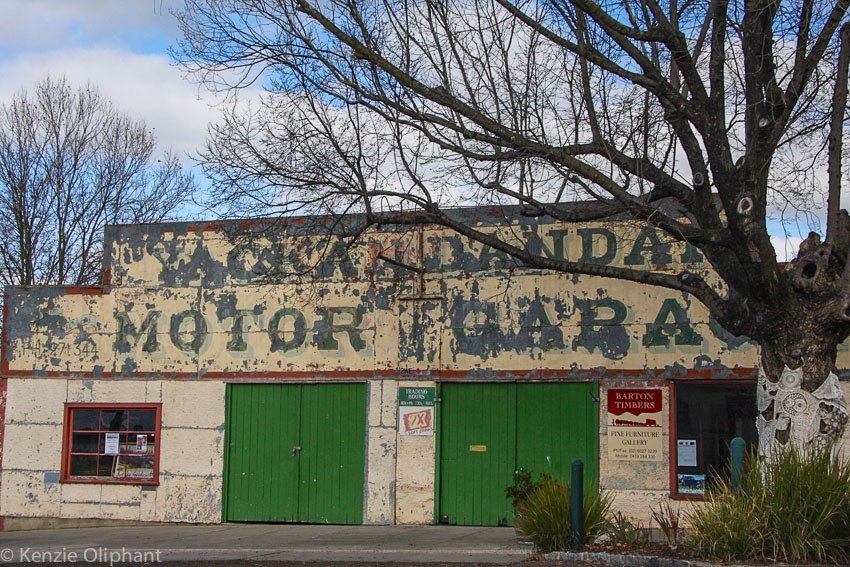 I stopped in Yackandandah simply because I’m a sucker for old things, and I love old buildings in particular. Yack had every appearance of a sleepy, half-forgotten hamlet on the way to somewhere much more interesting. I confess, I was surprised by what I actually found.

The old buildings in the main street are delightful, in particular because nobody has come along and wiped out their character by renovating them. The original painted signs have been retained even though they no longer apply to the business inside, which makes looking in the window a constant guessing game. Everywhere there are oak trees, nude in the winter cold, and boutique galleries, honey shops and bakeries. 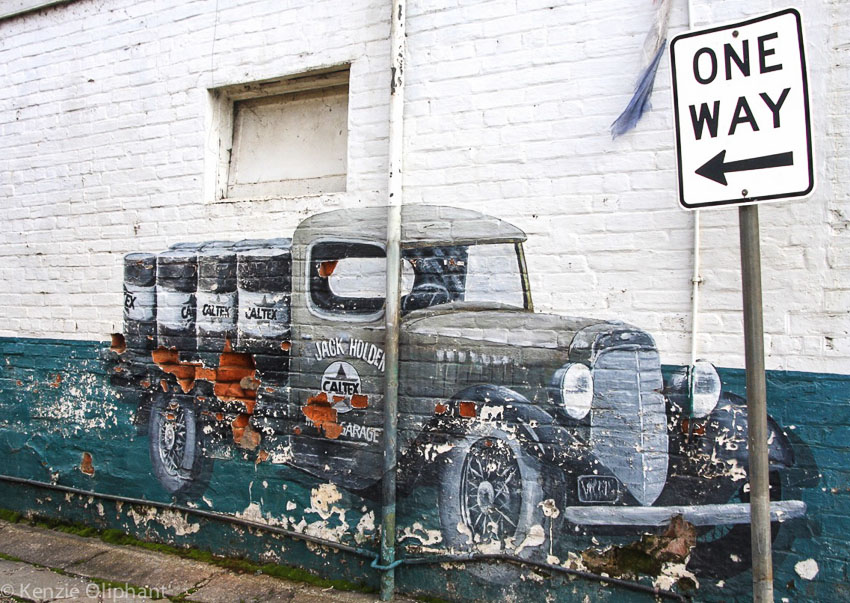 And despite the appearance of emptiness driven by the winter – there’s a lot to do in Yack, including a visit to the enthralling Cemetry, a number of town walks, and a stop in the Yackandandah Museum, housed in the old bank building.

There are plenty of cafes to suit the most discerning coffee drinkers, and a stop in at the charming Tourist Information Centre with bring you face to face with a live cockatoo behind the counter. And no, the cockatoo isn’t the one answering your questions. 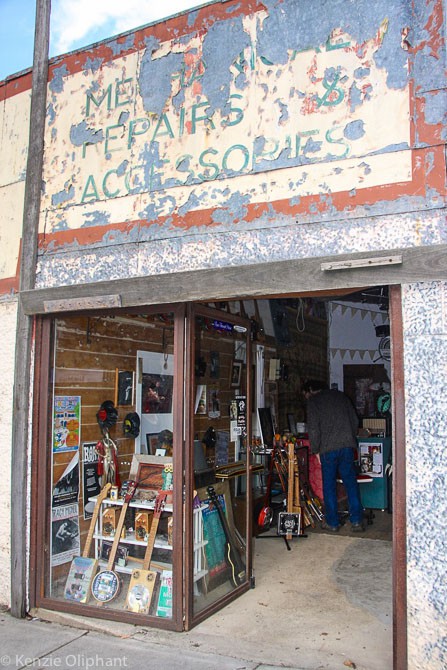 So what was the mystery, you’re wondering? After a walk around town, I had to go and ask at the Tourist Information office myself.

The man behind the desk stared at me a moment, then laughed. “Yeah, that is odd. Those signs just appeared one day without warning. Nobody’s told us what they’re about yet. I guess you’ll just have to come back and find out.”

I guess I will.

Yackandandah can be reached via the Hume Highway, 30km east of Wangaratta and 20km south west of Wodonga.

Accommodation prices range from $130 at the Yackandandah Hotel on the outskirts of town. There’s a very nice golf course nearby for enthusiasts, plus there’s also plenty of wonderful accommodation options at nearby Beechworth, including camping grounds and cabins.

When to go: Yackandandah has a multitude of festivals on throughout the year, so check what appeals to you before you book – although I can recommend a visit in winter.