How to Climb Pulpit Rock (for the Faint-Hearted) Norway

I stand on the edge of Pulpit Rock, my toes curled up inside my boots as though that’ll keep them safe from falling. I feel blissful sunshine on my back, but the air is cool and soft, and the faintest, gentlest breeze sweeps up the cliff-face towards me. My eyes try to take in the view, vast and curved with nameless hills, green and grey, and the dominating Lysefjord a wide dagger between them.

I’m trying to wrap my head around an enormous expanse of mountains visible from this spot, in the same way I didn’t when I stood in a similar position at the Grand Canyon. Size suddenly means something else entirely and that’s almost enough to distract me from the crawling terror itching across my skin and screaming at me to run away, as fast as possible. I really don’t like heights.

It’s one of the most iconic places to visit in Europe. Not quite as legendary as say, the Eiffel Tower perhaps – but for today’s young backpackers, probably as potent. In Norwegian, it’s called Preikestolen – a chip of stark rock jutting out over a stunning fjord that stretches to the horizon and beyond – but in English, we all know it as Pulpit Rock.

Like everyone else, I’d seen the pictures and my heart had fallen in love with the idea of standing on that rock and just absorbing the glorious moment. Also like everyone else, I had absolutely no idea how one would actually reach the Rock, nor the physical demands it would place on me.

All I knew was what the guide books said – two hours hiking each way, okay for families. I figured, families meant kids, and if the average kid could do it, so could I.

We won’t go into the number of times I’ve inaccurately judged my fitness and ability to hike some serious spot and then paid heavily for it. Let’s just say that this was one of them and move on, okay? Please?

The trail starts (and ends) at the car park at Preikestolen Fjellstue, where the hotel kindly provides a holding room for luggage. The sign at the trail head gives you some idea of what’s in store – but only in a purely theoretical, almost academic level. Nowhere on that sign does it say “blood, sweat and tears required to get to the top and then more to get back down”.

What it does say is that the trail is 3.8km long one way and that you climb a total of 334m. It shows the path as having a few steep bits but it’s mostly undulating. And it definitely says 2 hours each way. Yes, I checked. 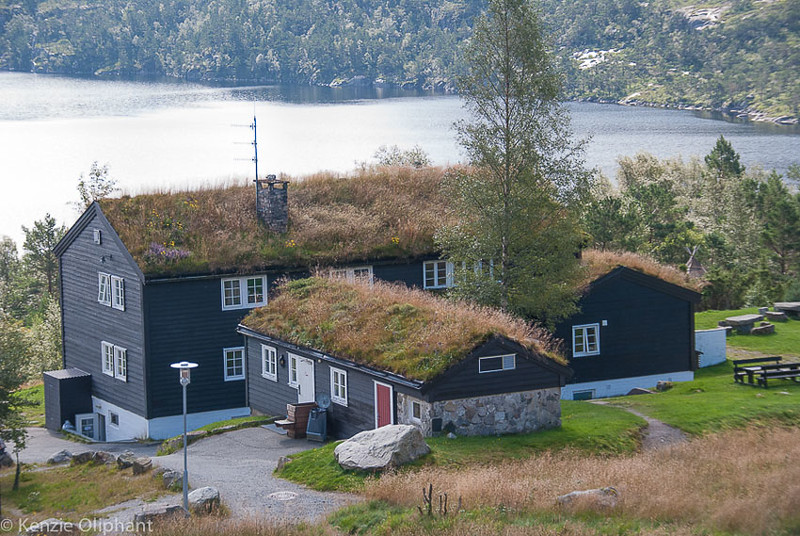 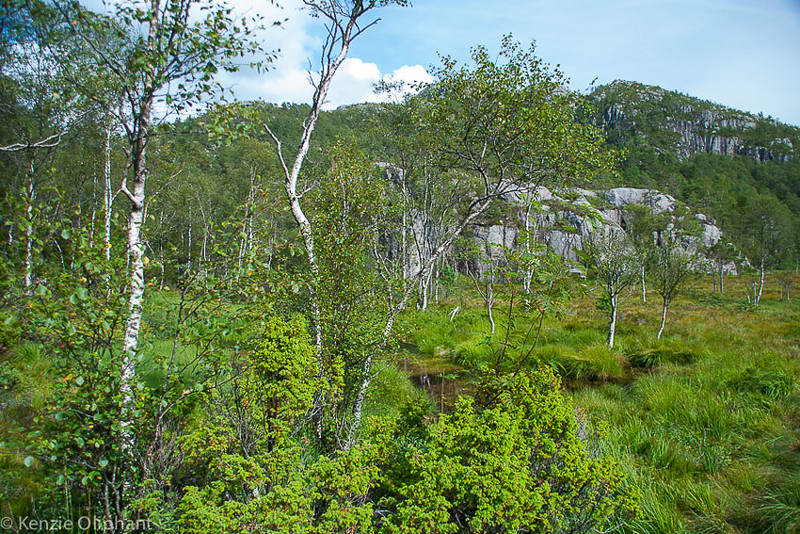 What it doesn’t say is just how beautiful the hike is. From the very first steps up through a dusty pine forest redolent with gnarled, polished tree roots and twittering bird life, and into the first steep section, the walk is a real pleasure.

For the unfit, these uneven steps are where you’ll decide whether you want to continue or not because this is by no means the worst it gets. If you are really struggling by the time you get to the top of this first section – go no further.

That said, even if this is as far as you get, it’s worth making the effort and there are plenty of places to rest and enjoy your surroundings before you head back down.

Gaining the top of the first of four steep uphill sections provides long, clear views out over the sea, with islands and the city of Stavangar easily seen in the distance. Further up the path, the next section was much more my style: a lovely flat walk across a plateau covered in grasses, spindly trees and a few daring wild flowers.

On the other side began the next steep uphill, which isn’t as long as the first, but a bit steeper. My legs were okay with it, however, making me feel confident the rest of the walk would be pretty easy for me.

It was on the third and longest uphill stretch that I began to question my sanity. Just so you know – I’m not that tall. I like to think of myself as average height, but I’m probably a bit under. I do not have long legs. Nor do most children I’ve met, including the ones I saw on the trail.

The trail, however, is under the mistaken belief that all hikers are at least 6ft tall and have long, spidery legs with which they can scale the enormous boulders and rocks that make up every uphill stretch of this hike. I’m talking big rocks here, some almost half my height. It’s not like just walking up a staircase. It’s climbing, sometimes with hands and feet, up the side of a, well, a mountain.

I couldn’t stop looking longingly at the unending procession of long-legged, tanned Scandinavians (they all look like that, damn them!) as they lightly tip-toed up the path, passing me with genuine smiles and polite words of thanks as I stood aside for them. Of course, I was really just taking the opportunity to gasp in air – but we won’t go into that, either.

That last uphill felt like it would never end. Really. Every time I thought, ooh, looks like that bit up there is where it flattens out to the top – it didn’t. And then, just when I was ready to sit down and not move again, it did level out. Well, a bit. 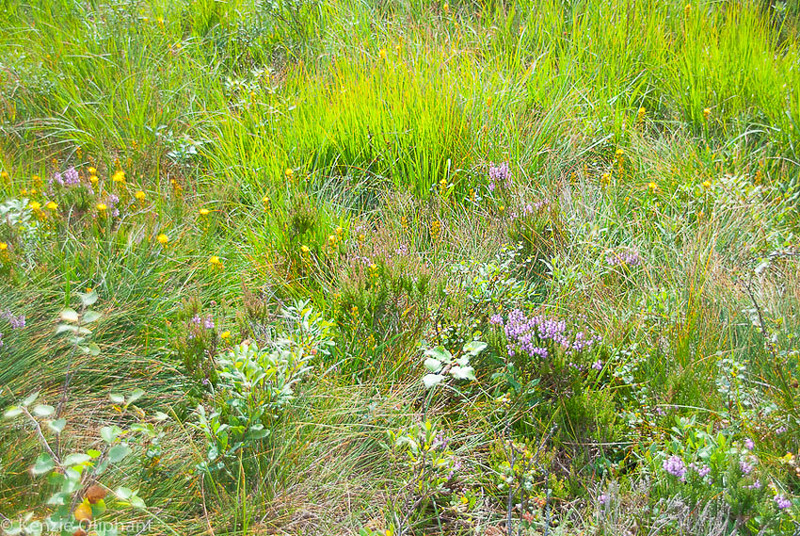 And then it didn’t matter any more – because I was wholly enveloped by wonder at the landscape now revealed. The last kilometre of the walk meanders uphill, over gigantic, grey, smoothed-rock surfaces that look like elephant hide, nicked here and there with stunted bushes and grass. Pretty easy walking, but a bit harder when you’re already tired, as I was by this point. But after all I’d gone through, I wasn’t going to turn back now. Not when I could see new valleys plunging below, dominated by mountains covered in elephant hide rocks and olive-green trees.

On the last hundred meters, as Lysefjord emerged beneath my left elbow, I paused to catch my breath and gather the last of my strength to power up the remaining uphill section. Two older gentlemen on their way back, speaking French, asked me if I was okay. Using the only French phrase I know, I said, sorry, I didn’t speak French. They smiled and said in English, “It is hard when you are tired. But you are very close now. Keep going, you’re doing great.”

With that, they smiled again and headed off, unaware that they had left me with a grin and freshly charged legs. I carried on but soon, my breath was taken away by something entirely different.

The cliff. The view. The unending, undisturbed, dizzying drop down, down, down. Boats on the fjord below looked like peas tossed into an ocean. Birds swooping up the cliff appeared as dragons as they drew closer, ready to attack. Clouds in the distance darkened as though in portent. This was Pulpit Rock and it was not for the faint-hearted.

Perhaps 25 other dangerous souls were there before me, some sitting with their legs dangling over the edge, a sight that bubbled terrified nausea in my own stomach even though I was nowhere near them. When three young men playfully scuffled within a metre of the edge, I was almost sick with fear – though mercifully, they stopped soon enough. I returned to the tranquillity of the outstanding view.

And realised – that’s what Pulpit Rock does to you: makes you swing from terror to delight, from climbing to sauntering. It’s a climb that has everything: views, forests, grasslands, lakes and rocks. And yes, I can bitch about it afterwards, but I wouldn’t have missed it. My jellied legs took as long to take me back down as it took to get up, my joints swelling in a growling protest towards the end – but who cares? That view is worth it. The terror is worth it. So is the hike. 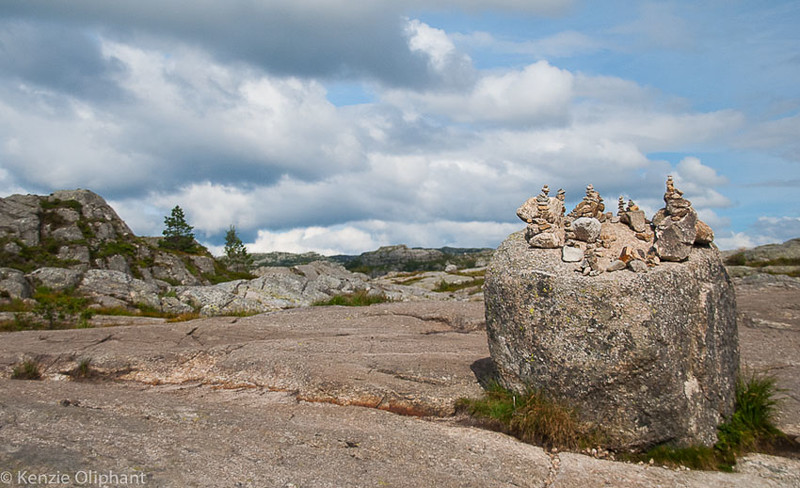 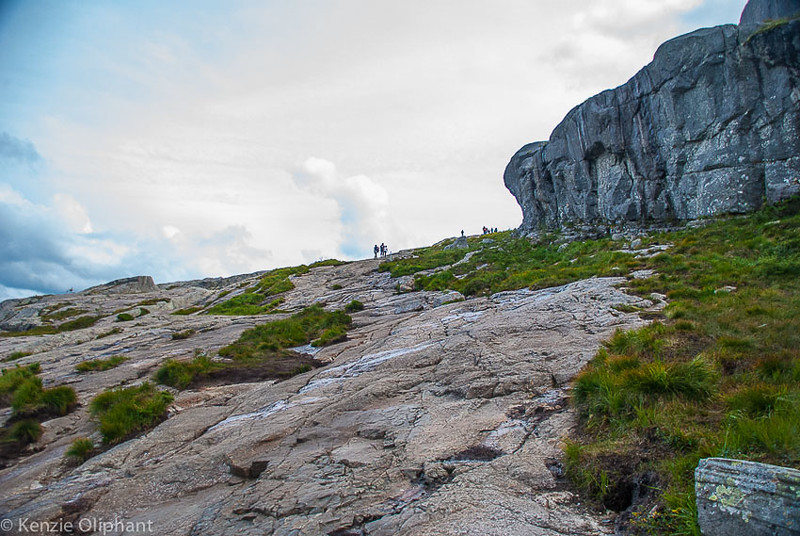 It took me three hours, not two, and I was passed twice by a lady and her two young boys. But not even that embarrassment can take away the picture I have in my head of standing on that rock and feeling my toes curl with fear and delight in equal measure. 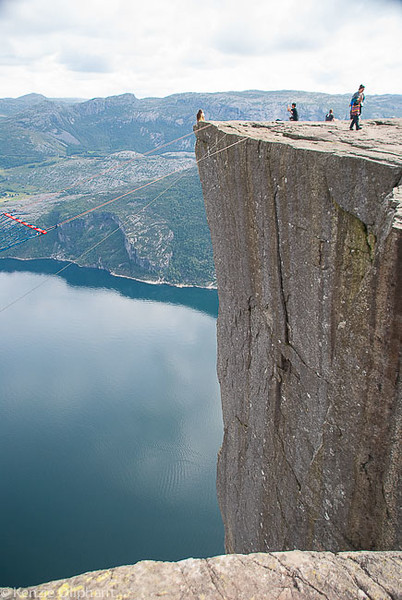 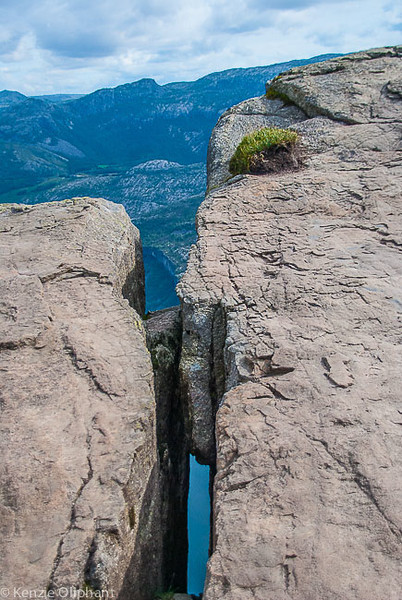 Preikestolen or Pulpit Rock is in Forsand, Ryfylke, Norway, due east of Stavangar. The hike to the Rock is 3.8km each way and a moderate to good level of fitness is required. You’ll need to bring your own water. Also bring a jacket as it can get cold and windy at the top. Give yourself plenty of time to do the hike, and spend some time exploring the other mini-peaks around the Rock – they’re worth it.

Pulpit Rock can be reached easily by bus from Stavangar, via a ferry to Tau. Buses run all day, every day and drop you ten minutes later at Preikestolen Fjellstue where there is a hotel, restaurant, public toilets and a car park. You can also buy drinks and food at the kiosk.

Wear strong, supporting hiking boots, and warm clothing and waterproof jacket even when hiking in the summer as the weather can change rapidly in the mountains.

Take water for the hike and snacks as there are no facilities on the track.

Øvre Eidfjord – Norway’s Unknown Idyllic Gem
Me and the Grand Canyon, the Grand Canyon and Me
Why I Will Climb the Glacier Next Time
Dunkled: Walking the Grampians Gently